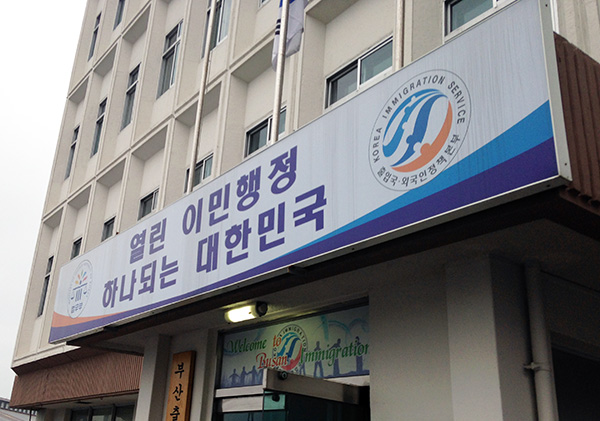 To be honest, we were aware of the challenges we were facing regarding Korean Customs and Immigration before our kayak entered the waters off Tsunoshima Island. These challenges were the result of months of emails, failed attempts to register our kayak as an international ship as required by Korean Customs Law article 135 “under article 135, the Korean Customs Law, all the ships crossing the board have to have a certificate of a ship’s nationality, last port clearance etc and report to the customs at a entry port in a country,” and the inability to directly communicate with any Port Official in Busan due to the language barrier. The problem lies in the fact that this was never done before, meaning a sea kayak has never entered Busan Port before, or for that matter, Korea. There have been kayak expeditions that have traveled between Korea and Japan but they used a support boat meaning that the kayak was registered as cargo of the support boat and the paddlers as passengers. You may be asking yourself, “what about the kayak?” Well…the kayak was put on the support boat when leaving port and lowered into the ocean once they were in the ocean, it was once again put on the boat when they approached Busan port. Prior to this expedition, this was the only way go to and from Korea by kayak and it had a price tag…about $7,500. So as I said before, we were aware of the complications and the potential impossibility of port entry but call it blissful ignorance; we wanted to get in and we were going to try.