Okay…So one thing I have to commend the Japanese Immigration and Customs authorities for is attempting to work with us in regard to this kayak expedition. Although they have never dealt with a kayak leaving a Japanese port for another country’s port they gave us immigration stamps, customs documents, and a document which shows we are leaving from Sago Port. Also, because immigration stamps are only valid for the period of travel, often 1 day, we had to return to the office many times to void our old stamps and receive new stamps. 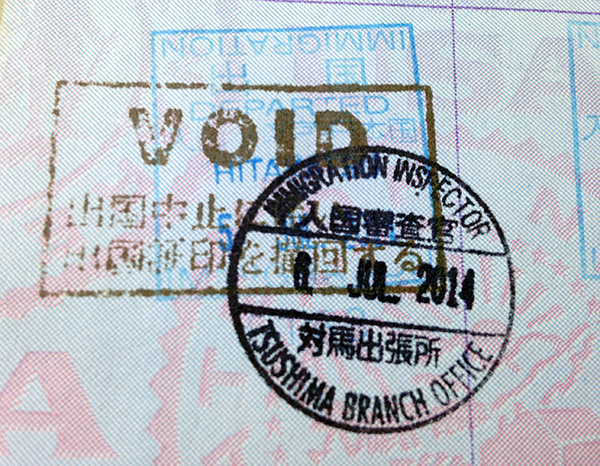 Okay, now let me offer one amendment to this. There was a time, after we went to immigration about three times that they told us they were unable to give us another stamp. Fortunately for me, Koji was very direct with the Immigration official and said that they can give us another stamp because he he previously received confirmation that this was possible and they agreed.