Its finally time. We pull our kayak off the beach into the water, lift our feet into the cockpit and push off. Our first path of travel is northwest into the very strong ocean current between Tsushima and Japan. Doing this will hopefully allow us to compensate for the current and make it an easier ride for the second half of the journey, which will be with the current, once we cross into Korean waters. 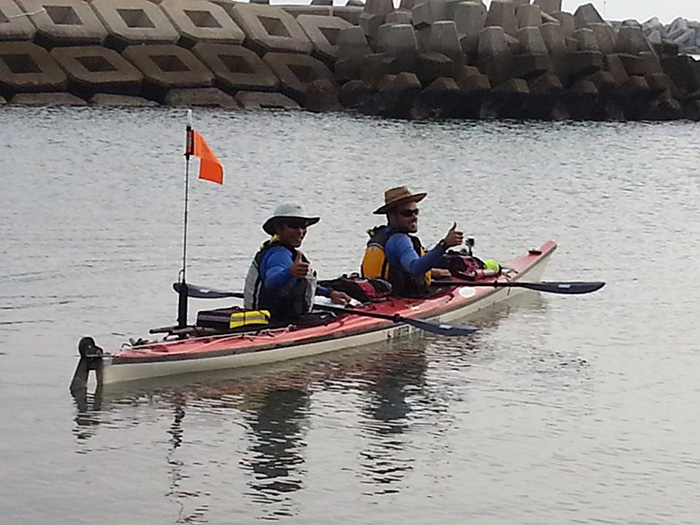 As we leave Sago port I am still tense with the understanding that if the ocean currents are not favorable we will have to turn back. As waves break over the front of our kayak I begin to grow uneasy with the realization that if we are not making 7 kilometers per hour we will have to turn around. Sure that we are not making the minimum speed, as I see the nose of the kayak dip into the water, I pull and push the paddle with all my strength, refusing to let this be a failure. After 1 hour passes, Koji says “2 hours okay,” meaning that we will forgo our normal hourly break. Without a second thought I immediately respond with “yes, I’m feeling great,” hoping that my response will give Koji confidence in our ability to maintain the 7 kilometers per hour.

As we pass our second break, Koji tells me that he is changing direction and we are heading towards Korea. This was the moment I had been waiting for, its the moment of no return. From here, we will only be paddling towards our goal.

While entering Korean water and approaching Busan Port, one thing becomes evident due the sheer amount of ship traffic, we really need to pay attention. There are ships in all directions, many of which you cannot see or hear due to wind/fog. With the ship traffic increasing as we are getting closer to Busan, we hear this loud fog horn directly behind us and immediately turn to see a huge Korean Coast Guard ship. Realizing they are there to escort us, we take some pics and paddle on as they stay behind us. 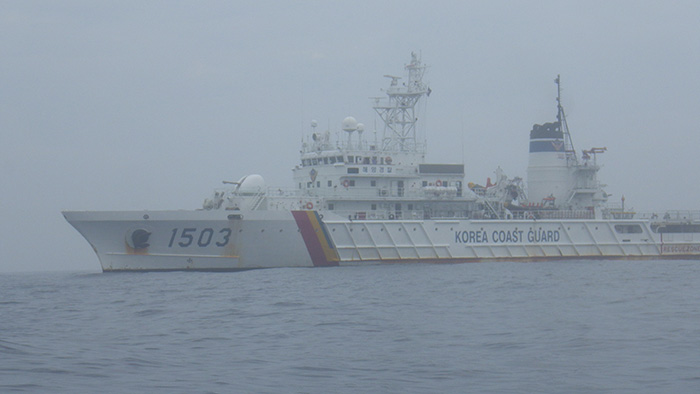 The first thing we see as Korea comes into view is the outline of the mountains in the distance and a lighthouse a few kilometers away. We continue in the direction of Busan Port, now very close to the once distant lighthouse. Just then, we see a boat that is still some distance away, heading straight for us. Koji remarks how stupid what they are doing is because their wake can flip us. As they get only a few hundred meters away, they turn and come to our left side and out emerges a camera crew waving at us from the bow of the ship. “This is unbelievable” I say to Koji. It was only 2 days ago we had no chance of getting into Korea and now the Korean media is coming to make a story about us. Life is amazing. 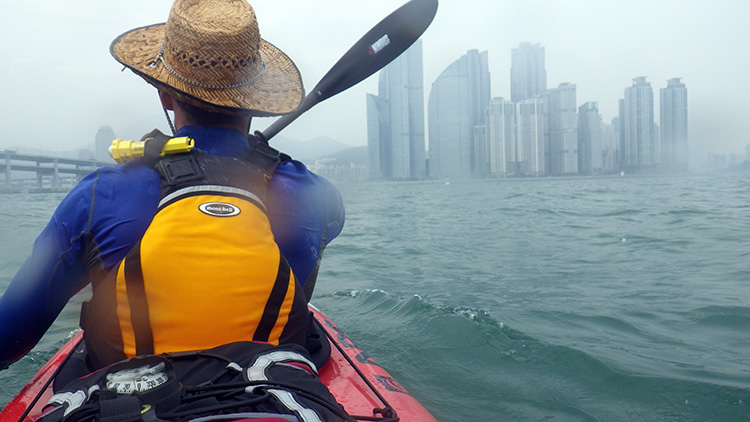