So this is a really unique piece of gear I was really searching high and low for. I found a few things but nothing that I could put on the FRP kayak and especially nothing that was highly customizable. After some searching I came across a Google image of the Go Pro suction mount by Kayalu. I was amazed and went to the site. After some further research I was sure that this would be the best piece of gear for me for a few reasons: it was a suction mount and required no drilling, it could be angled in many different ways, it included an extension arm that would allow for more extreme angles, it had a bungee attachment that was insurance against getting lost and it could withstand the salt water environment that I would be paddling in. 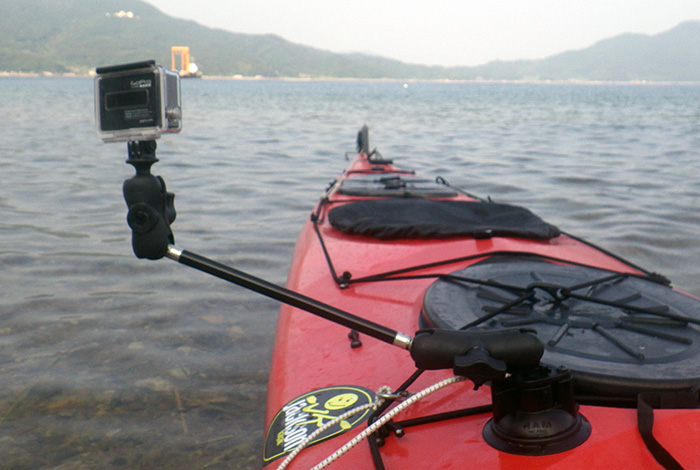 Throughout the expedition it proved to be really amazing. Not only do I have a ton of awesome Go Pro footage using the mount but some shots were featured on Korean TV. Anyway, make sure you take care of your mount and wash it after every salt water use. Also, I used the Hero 3+ black with the remote, which is really what allowed me to get some far angles away from the kayak. Check out this video to see what I’m talking about